You are a Polk County Junior or Senior high school student (public or private).

You have a Florida permit or license. 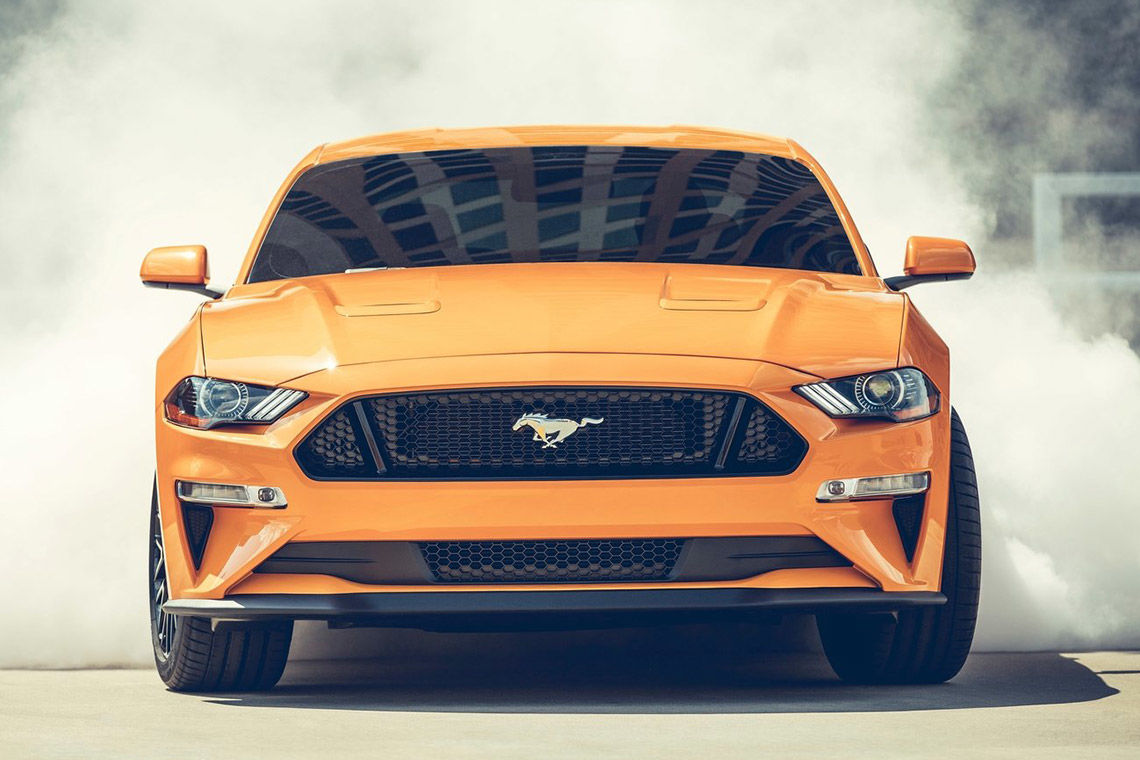 To read all rules and regulations, please click here.

The winning key at the 2022 Drive for Excellence was chosen by Auburndale resident Maddison Allen, a senior at Auburndale High School, who plans to get into the medical field. “It’s awesome,” Allen, who was so nervous that she hadn’t slept in three days, said. “This car is exactly what I wanted.” 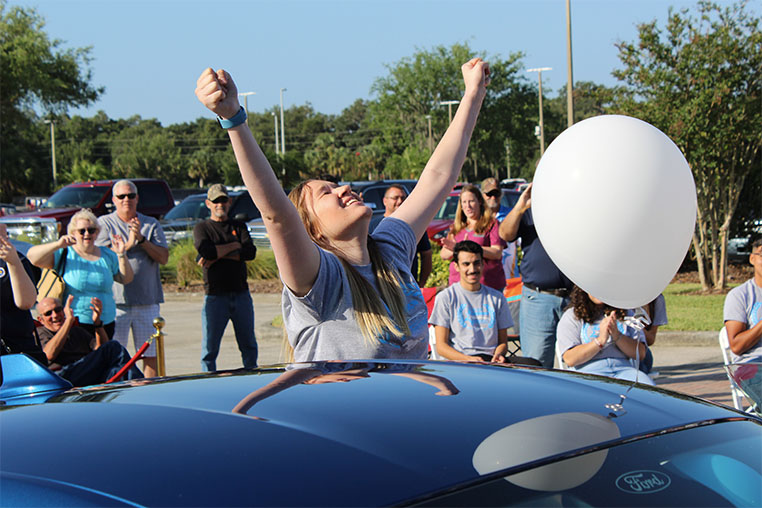 CELEBRATING DRIVE FOR EXCELLENCE SINCE 1993

What is Drive for Excellence


Drive for Excellence advocates the importance of education among young adults, and rewards them with a chance to win a new Ford vehicle. The program is meant to broaden the educational perception of teenagers and inspire them to reach for all achievements.

The winning key at the 2021 Drive for Excellence was chosen by Frostproof resident Maximo Perez ll, a junior at Frostproof High School. Perez, who hopes to become a nurse, was thrilled. “It’s just amazing,” he said. “It’s an awesome car, and I needed the transportation.”


Perez is the first winner from Frostproof in the contest’s 28-year history. 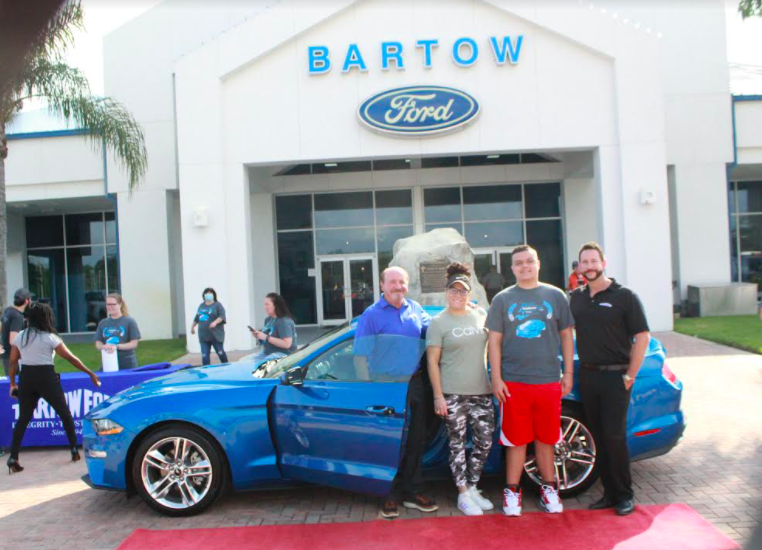 
Benny Robles Jr. did something at the 2020 Drive for Excellence that he had never done before:


He gave away two Mustangs.


Robles, the President of Bartow Ford, decided to do this at the very last minute – the event had already begun. “I have a daughter who just graduated, and I know this has been a really tough year for students everywhere; they have missed out on so much.”


“I wanted to do something extra special to make up for at least some of that.”


It took until the 17th contestant, Ryne Pugh, before the key opened the lock. Ryne Pugh, who just graduated from IB in Bartow, was that 17th contestant. He plans to attend USF in the fall. When asked about how he felt, he said, “I was shocked, speechless, and very excited.”


After Pugh had a moment to regroup, Robles turned to the students and said, “Let’s give away another Mustang.”


Soon, the remaining 19 students would pull again. This time, when contestant number 4, Marissa Lowry, tried the lock, the door opened.


“I wasn’t anticipating a win – I’m usually not lucky with raffles or this sort of thing,” Lowry, who dropped to her knees when the door opened, said. “I just couldn’t believe it.” Lowry will attend Florida Southern College in the fall. 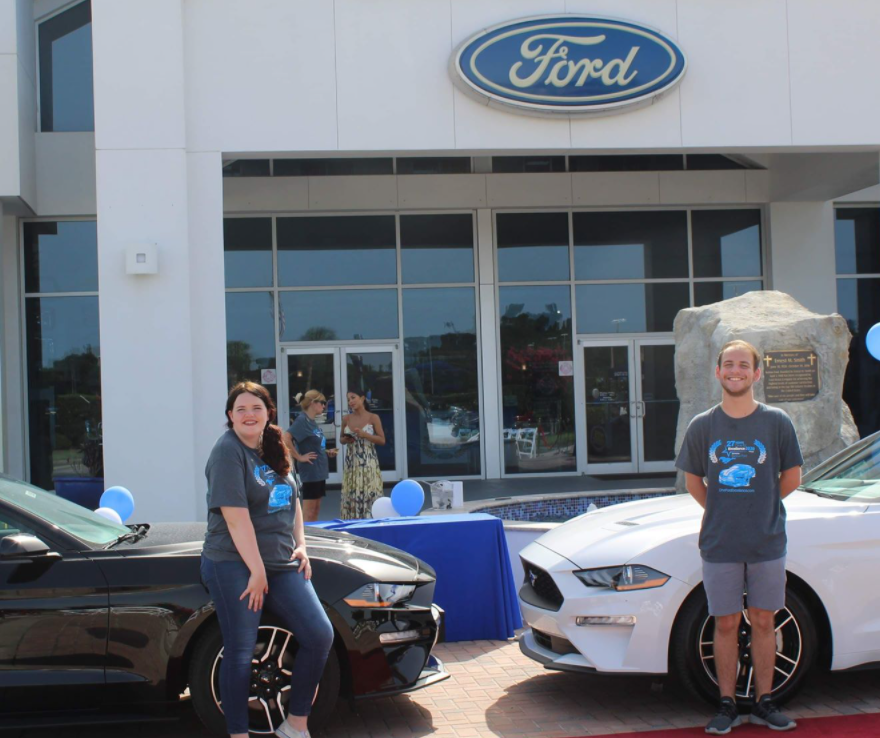 The winning key was chosen by Bartow resident Alvin Thomas, a senior at IB at Bartow High School. ''I am so excited,'' said Thomas. “This is a dream come true.” 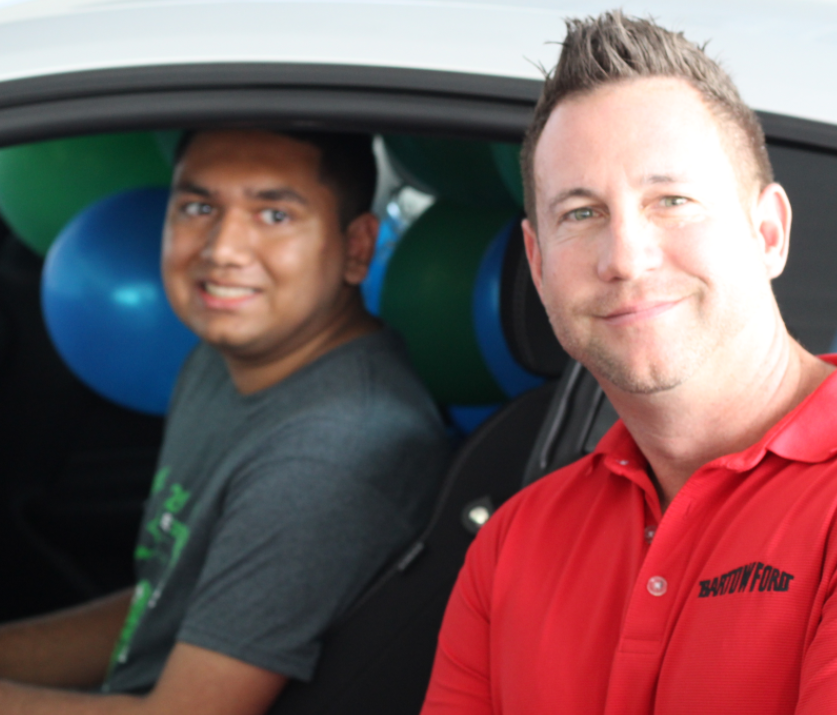 
''I still can't believe it,'' said Martinez, who plans to study speech pathology at Polk State College and USF after graduation. ''I'm really excited and proud that all my hard work studying paid off." 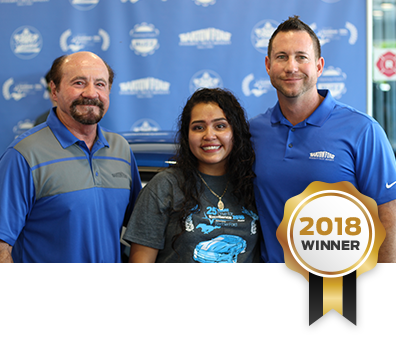 He's a junior at Bartow High School and he just won a new car!


The Bartow Drive for Excellence program was established to encourage exchellence in education among Polk County Juniors and Seniors. For over two decades, it has offered local students who achieve A's, B's and perfect attendance a chance to be drawn as a top qualifier for the opportunity to win a NEW Ford Vehicle! Excellent work Samuel! 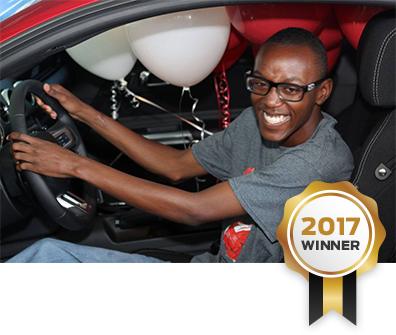 
Bartow Ford celebrated our 23rd Drive for Excellence on May 14, 2016. We had an exceptional group of 20 finalists. Adrenalin was running high as the students, parents, and us here at Bartow Ford, anticipated who would walk away with the new Ford Mustang. One by one, the finalists turned their key... with each turn the finalinsts waiting would breathe a sigh of relief. This went on for 13 tries and then, it was Maria Lugo Gutierrez of Bartow High School's turn. Maria was the 14th finalist drawn, today she pulled the chip with number 14, and the date is the 14th. Maria turned the key and... the door opened! She was instantly overwhelmed with excitement. Her mother and brother (her good luck charms) climbed over the rope and the shared in a jumping embrace. 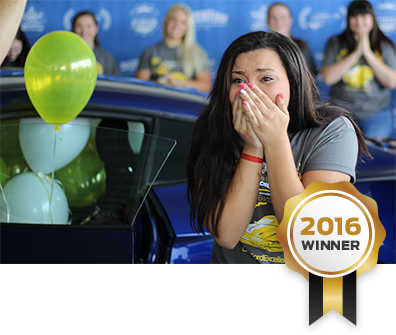 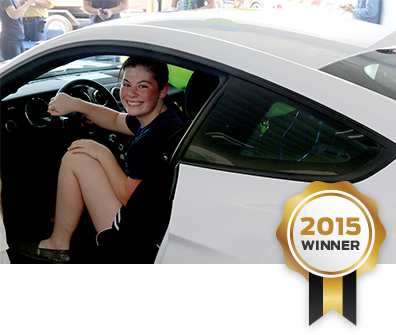 Winner of the 2013 Drive for Excellence


Sierra Coffman of George W. Jenkins High School was the winner of the 2013 Drive for Excellence held on May 18th, 2013. For the 20th anniversary of the educational program, a new 2014 Mustang V6 Convertible was the grand prize. 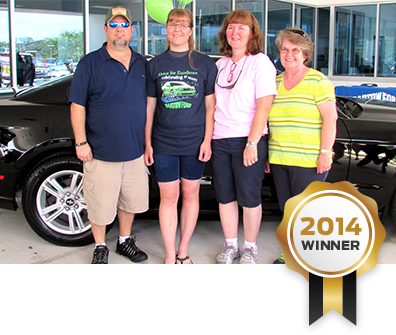 Winner of the 2014 Drive for Excellence


Jacqueline Sullivan, a senior at Lake Region High School, won the 2014 Drive for Excellence held on May 10th, 2014. For the 21st anniversary of the educational program, a new 2014 Mustang was the grand prize. 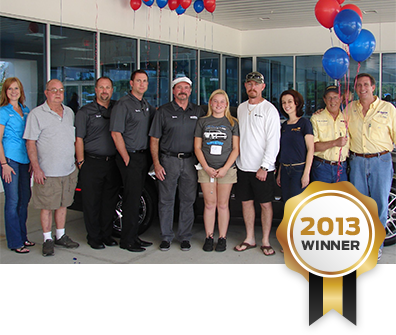